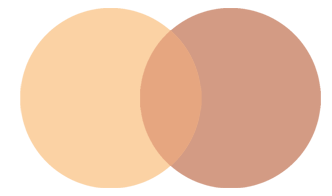 “It was no doubt about recording all of our music in 528 Hz, we mixed it with binaural sounds to increase the effects of this powerful frequency and support the listeners to transform our world in the most beautiful way, wether it’s eliminating pollution from our oceans, healing their DNA, overcoming hate with compassion and acceptance, or alleviate their physical and spiritual illnesses, opening their soul, heart, mind and consciousnesses to the depth and wisdom of the universe.”

Sunni.ai is a duo formed by Birjiwan (Vocals) and Bir Kirtan (Guitar, Percussions, Keys) born out of the desire to co-create in high frequencies, transforming sound currents and pure melodies. The name translates as “deep listening” of all the sounds and what is below the surface.
The artists are known in the international Yoga scene, since they belong to the community for many years. Birjiwan is a Kundalini Yoga teacher herself and loves to open hearts and sharpen minds with mantric repetitions. Bir Kirtan aka Dr Xavier Siquier, is a dentist as well as a sound healer and a multi talented musician, playing all kind of instruments – from drums, to guitar and keyboards, he always believed in the healing properties of music and crystal bowls and wished to link it with science. With Sunni.ai, both dedicate themselves to spread a music that allow the listener to come to their essence and find connection from within. For the first single and the forthcoming album “fivetwoeight” they decided to record all tracks in the healing 528Hz frequency. The album has been recorded and produced by Akal Tejdev Singh who´s been awarded with Gold and Platinum records for various productions before.

“We used the 528 Hz frequency on our album (“fivetwoeight“ to be released June 20th) because it is known and prooven as the “love frequency”. This most significant of the ancient “Solfeggio“ Frequencies has a deep-rooted relationship with nature and its vibrations connect, harmonize and resonate with everything within us and around us, from Chlorophyll to DNA, which explains the proven healing potential of 528 Hz.”

Everywhere we turn in nature, we find 528 Hz vibrating. Even the air we breathe contains it in the oxygen that carries these 528-resonating electrons. The basic structure of organic chemistry, the Carbon-6 hexagonal ring, reflects the sacred geometry of 528Hz frequency. When NASA scientists made recordings of the sun and compared them to a tuning fork, they´ve found 528 Hz there as well, at the heart of the star which is the center of our solar system. 528 Hz has shown the ability to heal DNA all on its own and is used by biochemists for just that.

In cooperation with the neuroscience academy foundation in Germany Sunni.ai will soon take part in studies to prove the healing potential of their music.

And by the way, one of the most famous songs ever written in 528Hz is “Imagine” by John Lennon.